The Cambrian Consort of Viols

We are a viol consort based in South Wales. Founded in 2007 by Paul Brophy, our performances are based around the consort music of the Renaissance and early Baroque periods, though we have recently added a piece by the modern Estonian composer Arvo Pärt to our repertoire.

In addition to consort music for viols only, we like to work with singers and small choirs, and in mixed ensemble with other instruments. Our core players all are involved with music education, or are ex-professional performers.

As part of the Summer Serenade lunchtime concert series at All Saints, Oystermouth, Father Paul Brophy and the Cambrian Consort of Viols played a fascinating programme of music from the Jacobean period – by Byrd, Ferabosco, and the little-known Richard Mico, an Englishman of Huguenot background who became a Catholic and whose music was never printed in his lifetime.
The Cambrian Consort – Paul Brophy, Tabitha Rodway, Delyth Holland and Tim Soar – use a beautiful set of instruments made by Tim Soar himself, exquisitely crafted copies of 17th century originals, complete with carved head-scrolls and marquetry inlay, and their intimate but resonant sound was perfect for the choir of the church. They played fantasias, fancies and pavans, music of real complexity, variety and harmonic innovation, which never lost sight of the dance (Father Brophy deftly demonstrated some pavan steps in the course of his erudite and witty commentary); the pieces by Ferabosco in particular had an irresistible verve. Viol music may be something of an acquired taste, but it is good to see such a talented, enthusiastic locally-based group enabling more people to acquire it. Neil Reeve, South Wales Evening Post, July 2014 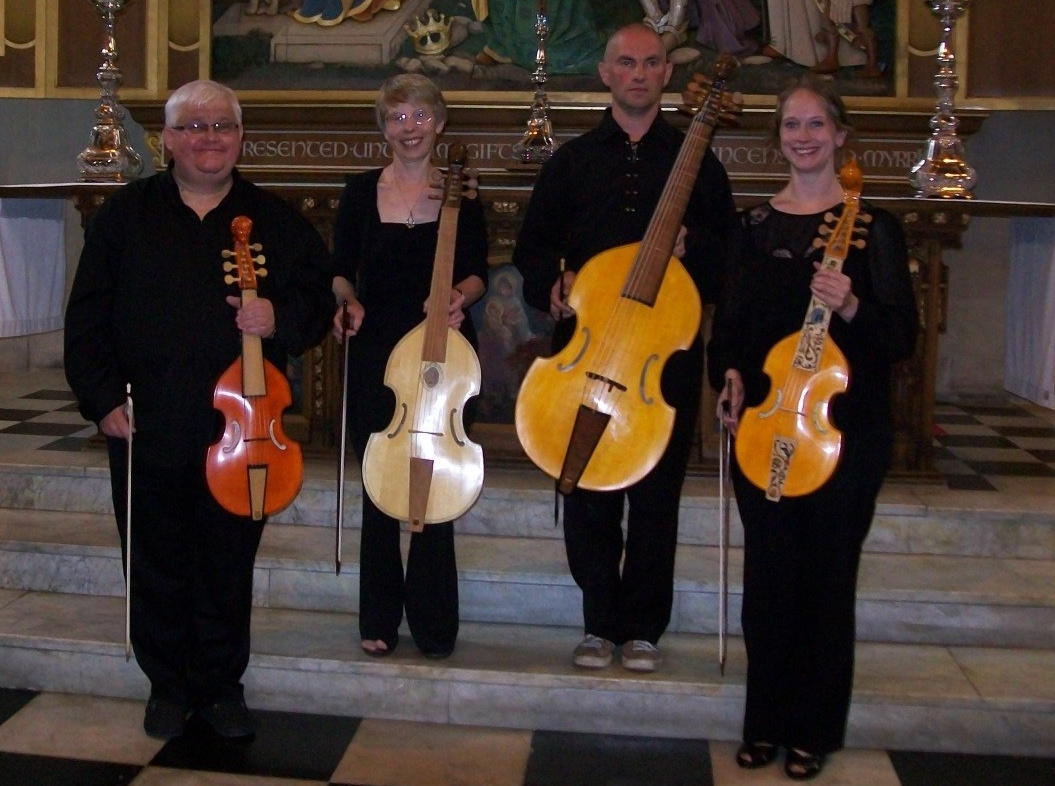